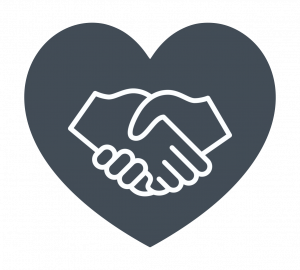 As an alternative to platform capitalism – where users are the product (through profile-tracking and trading with personal data) – at CommonsCloud.coop users and user entities share ownership and governance of the project with the workers. Individuals and user entities become user-members of femProcomuns SCCL, a  multi-stakeholder, non-profit, social cooperative. Having a cooperative structure means that CommonsCloud does not fit in the startup model (aspiring to be sold to a multinational). The cooperative cannot be sold because it is co-owned by users and workers.

Commonscloud.coop is a project to solve the technological needs of people and organisations by communicating free software tools through standardised solutions that can be scalable and through training, an support services.

The people who make CommonsCloud.coop possible are either working members of femProcomuns SCCL or they work in one of the organisations with which the cooperative has intercooperation agreements. For more information see “Who we are“. We are committed to the cooperativisation of work and to a model where the needs of the users can be met based on the capacities and expertise of different entities with inter-cooperation agreements.

CommonsCloud.coop encourages collaboration and the community dimension among its members and participants. That is why there are shared communication channels in the Agora and collaboration is facilitated in the development of documentation, in the dissemination of the project and in community activities, such as software translation hackathons or co-creation activities like the “Magical beans“.

We share the same principles and values as the rest of the world’s cooperatives, devised by the pioneers of the Rochdale Co-operative in 1844 and revised in 1995 by the International Co-operative Alliance. Cooperatives are based on the values of self-help, responsibility, democracy, equality, equity and solidarity. The people who make up cooperatives believe in the values of honesty, transparency, accountability and social vocation. These are the seven shared principles of the cooperative movement:

Cooperatives are voluntary organisations, open to all persons able to use their services and willing to accept the responsibilities of membership, without gender, social, racial, political or religious discrimination.

Cooperatives are democratic organisations controlled by their members, who actively participate in setting their policies and making decisions. Men and women serving as elected representatives are accountable to the membership. In primary cooperatives members have equal voting rights (one member, one vote) and cooperatives at other levels are also organised in a democratic manner.

Members contribute equitably to, and democratically control, the capital of their cooperative. At least part of that capital is usually the common property of the cooperative. Members usually receive limited compensation, if any, on capital subscribed as a condition of membership. Members allocate surpluses for any or all of the following purposes: developing their cooperative, possibly by setting up reserves, part of which at least would be indivisible; benefiting members in proportion to their transactions with the cooperative; and supporting other activities approved by the membership.

Cooperatives are autonomous, self-help organisations controlled by their members. If they enter into agreements with other organisations, including governments, or raise capital from external sources, they do so on terms that ensure democratic control by their members and maintain their cooperative autonomy.

Cooperatives provide education and training for their members, elected representatives, managers, and employees so they can contribute effectively to the development of their co-operatives. They inform the general public – particularly young people and opinion leaders – about the nature and benefits of co-operation.

Cooperatives serve their members most effectively and strengthen the cooperative movement by working together through local, national, regional and international structures.

Cooperatives work for the sustainable development of their communities through policies approved by their members.

We were inspired by the guidelines for open cooperativism identified at the Commons Strategies Group meeting in 2014 (see GuerrillaMediaCoop synthesis 2.017). An adapted version of these guidelines and their relation to CommonsCloud.coop is presented below.

1. Open Coops need to be statutorily (internally) oriented towards the common good

Production in open coops is determined by social and environmental value. In our existing economy, social rights and environmental protection are regarded as externalities (someone else’s cost or problem), and their regulation is assumed to be the responsibility of an increasingly absentee state. In an open co-op, these factors are not externalized. Instead, they are built into the legal matrix of operations to ensure accountability and compliance with the practices of a generative economy.

2. Open Coops need to be multi-stakeholder in nature

Ethical, and sustainable open-source cooperativism brings its commitment to economic and social democracy beyond the cooperative’s own company structure. Like an ecosystem, an economy does not work in isolation. Open Cooperativism seeks to enfranchise all participants in the economic value chain, not just cooperative members. This includes affective and reproductive labor, the creation of commons, and other forms of currently “invisibilized” work. As in commons and contributory systems, Open Coops thrive with an ecology of membership.

We were inspired by the guidelines for open cooperativism identified at the Commons Strategies Group meeting in 2014 (see GuerrillaMediaCoop synthesis 2017). An adapted version of these guidelines and their relation to CommonsCloud.coop is presented below.

3. Open Coops need to actively co-produce the creation of immaterial and material commons

Open coops don’t just draw from the Commons, they reciprocate, generating new commons in the process. These commons can be immaterial and/or material, and can help encourage cooperative (rather than capital) accumulation by using reciprocity licenses. By immaterial commons we refer to code and design, but mainly to socially advantageous productive knowledge. These should never be privatized in order to generate artificial scarcity or profit maximization.

CommonsCloud.coop is based on the commons socio-economic model, which is implemented through self-management and self-supply of associated tools and also in the use of free software, mutual help channels and collaborative documentation with free licences.

4. Open Coops need to be organized socially and politically on a global basis, even as they produce locally.

Open coops aim to design global and manufacture local, creating resilient local economies of scope, rather than scale. This face to face economy and the creation of local meta-economic networks. should be amplified to a global dimension. The challenges we face are international in nature, often provoked by globalist corporations that subjugate entire economies to their cannibalistic needs. In contrast to the opacity of “green” multinational capitalist business, open coops are fully transparent about their production. This allows them to mutually coordinate production for maximum adaptability based on real-world conditions. The result is networked production for actual needs, not capital demands.

The P2P and Commons Economy needs to create counter-hegemony and a counterpower to challenge what could doom humanity. Imagine a movement harnessing the power of the more than one billion cooperative members worldwide with the hyper-productive capacities of commons-based peer production.

CommonsCloud.coop is a project based in Catalonia, Spain, the European Union and the Mediterranean, with documentation and support in three languages (Catalan, Spanish and English) and which seeks cooperation, collaboration and networking both locally and internationally. It is not a project with a hegemonic or monopolistic vocation; it aims to be the node of a cooperative network that offers a techno-ethical alternative to the current oligopoly of platform capitalism.